The World Anti-Doping Agency’s (WADA’s) growing reputation for successful collaboration with law enforcement agencies was further enhanced today with the signing of a memorandum of understanding (MOU) with the European Union Agency for Law Enforcement (Europol), which formally establishes and facilitates a mutual framework for cooperation between the two agencies in the area of sports doping.

With intelligence and investigations increasingly becoming key tools in the protection of clean sport around the world, this MOU will enhance the cooperative relationship between WADA’s independent Intelligence and Investigations Department and Europol with the aim of combatting the illegal production and distribution of doping substances within the European Union. Activities will include the exchange of intelligence and practical support, as well as coordination on evidence-gathering and investigations of mutual concern. The MOU is similar to that which has been in place between WADA and INTERPOL since 2009. 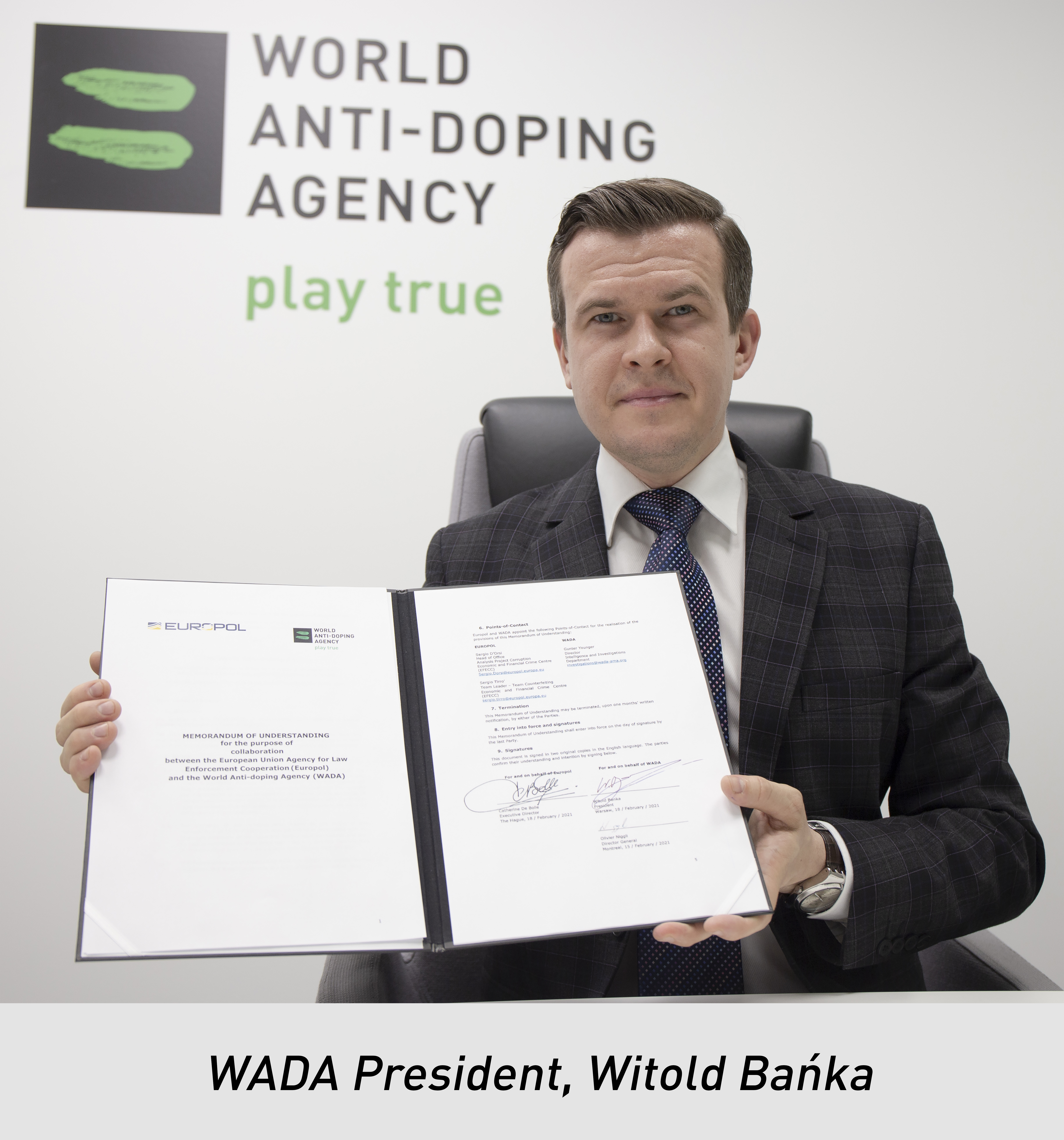 WADA President Witold Bańka, who signed the MOU on behalf of WADA, said: “Intelligence and investigations has been an area in which WADA has made great progress since gaining the authority to conduct investigations under the 2015 World Anti-Doping Code. As demonstrated by recent high-profile cases, such as those involving the International Biathlon Union, Operation Aderlass, the International Weightlifting Federation and the Europol-coordinated Operation VIRIBUS, the sharing of information between law enforcement agencies and anti-doping organizations can be crucial in exposing wrong-doing that would not have been detected through testing or other analytical methods.

“Law enforcement and other government agencies possess the power to attack the source and supply of illegal substances, which sport does not have, as well as the power to search and detain those suspected of crimes. Equally, WADA receives information and develops expertise that can be useful to the police in their criminal investigations. Through partnerships such as this one, we are ensuring that cooperation between these two groups continues to strengthen for the good of clean sport. WADA is very grateful to the European Union for its ongoing enthusiasm and willingness to join forces with WADA in this way.” 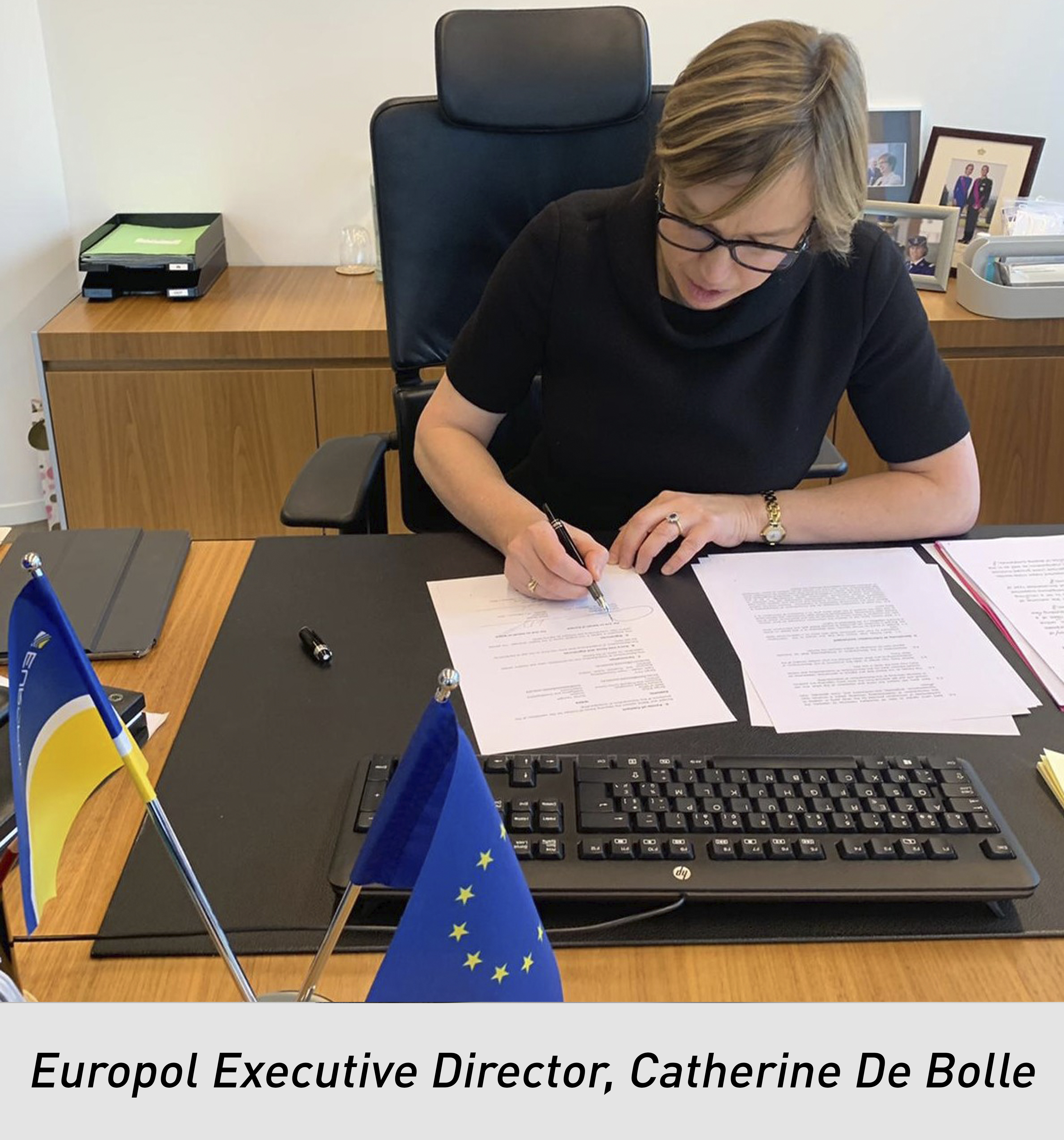 Signing on behalf of Europol, its Executive Director, Catherine De Bolle, said: "To scale up the global fight against the production and trafficking of doping substances and its use to corrupt fair sports competitions, Europol is strengthening its cooperation with the major player in the fight against doping in sports worldwide. The new agreement will focus on exchanging knowledge and expertise, capacity building, and further collaboration between Europol and the World Anti-Doping Agency."

This MOU is the latest in a series of bilateral collaborative exercises between WADA and other agencies with the objective of maintaining a level playing field for athletes. Last year, WADA signed an MOU with the International Federation of Pharmaceutical Manufacturers and Associations (IFPMA), which broadened the scope of information shared about marketed products as well as biomedical products still in the early stages of research and development, with the aim of quickly implementing detection methods for new performance-enhancing substances.

In recent years, WADA has signed other MOUs and partnership agreements with organizations working towards a range of complementary objectives, including in education, scientific research, medicine, the support of whistleblowers, the fight against international drug trafficking, capacity building and regional development, in particular.